Matter Overdrive is a Minecraft mod, inspired by the popular sci-fi TV series Star Trek. It dwells in the concept of replicating and transforming one type of matter into another.

Although it may seem overpowered, Matter Overdrive takes a more realistic approach and requires the player to build up to complex systems before even the simplest replication can be achieved.

Some of the features that the mod adds are : 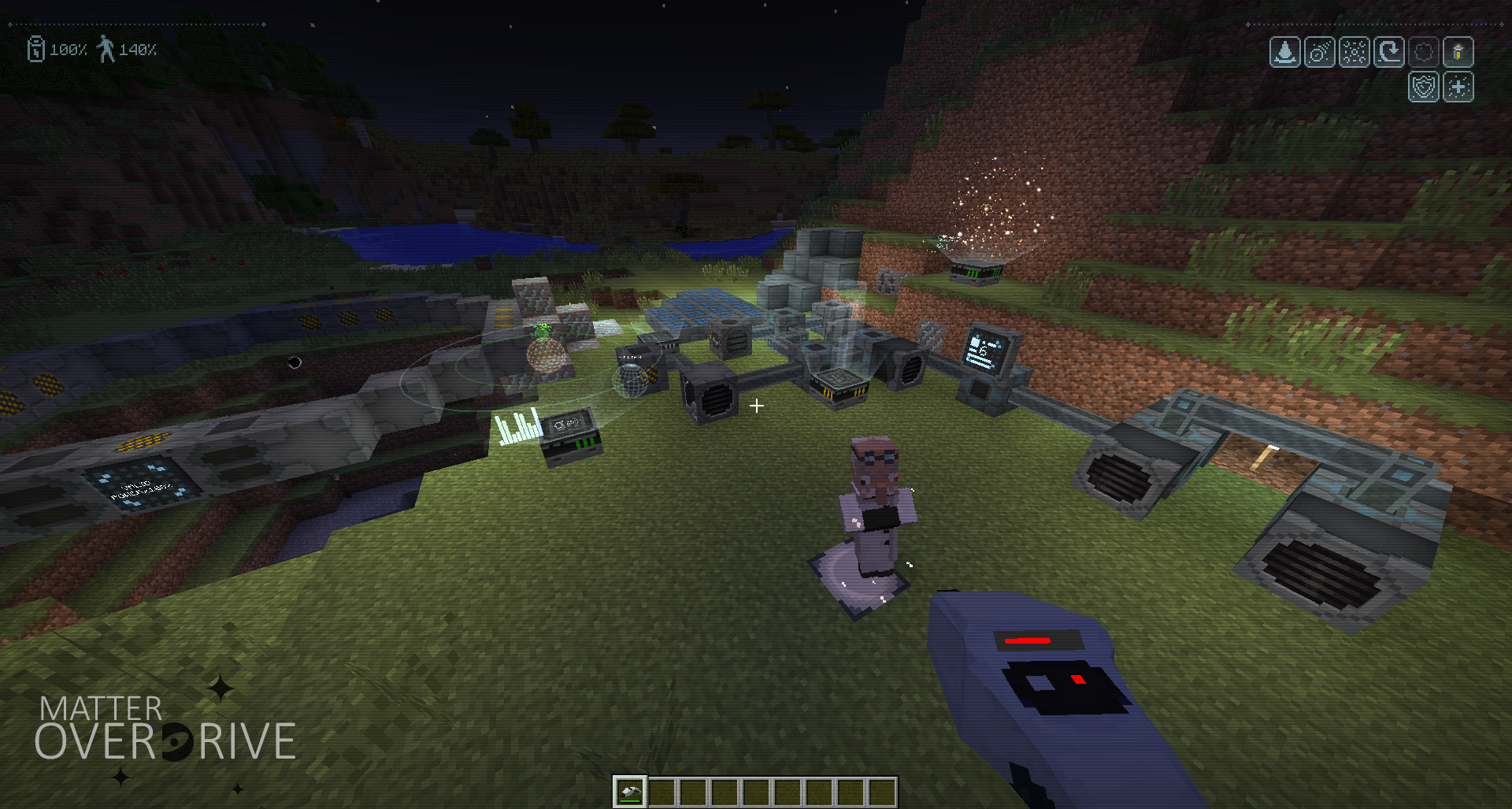